Start a Wiki
History of the Sith Empire 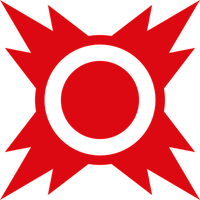 The Sith were an old people. Their armies once brought havoc to the galaxy once upon a time. Under Darth Ruin, however, the Sith was more than just a name of a race or a national identity. It became an ideology.

Like his comrades, Ruin was once a Jedi who were banished for their disagreements over the handling of the Zygerrian war and general dissatisfaction with the state of the Republic. These Jedi, the Fallen Fifty, went into exile, many them in the farthest reaches of unknown space. It was there he and his peers discovered Moraband and the barbaric red-skinned natives that remained from an empire that called themselves Sith. The natives revered their guests as demigods of sorts, due to their abilities. Some preached Ruin as the 'Second Coming of Adas', some as the 'Sith'ari'. They crowned him Darth, an ancient word that meant 'dark king'.

It was there that Ruin, lionized, built his kingdom and he and his peers became the first Sith Lords. In just a few short years, they united the warring tribes, modernized their army and, with the help of their new allies the Mandalorians and the Zygerrians, the Sith regained their old empire. When they were ready, the Sith launched an attack on the overextended Republic, easily conquering many worlds before the Republic could rally a steady defense in the chaos. Within two years, the new and upcoming Sith Empire sacked Corona Gema and all but toppled the Republic in a stunning show. To consolidate their victory in the core, they attacked the Jedi Temple. For five years, the Sith Empire has ruled the galaxy uncontested, but the seeds of dissent have been planted due to the Sith's lack desire to finish off the retreating Republic. Not only that, but many Sith are ambitious and there are those who wouldn't hesitate to risk anything at the chance to gain power...

Retrieved from "https://starwarsrping.fandom.com/wiki/Sith_Empire/History?oldid=5763"
Community content is available under CC-BY-SA unless otherwise noted.