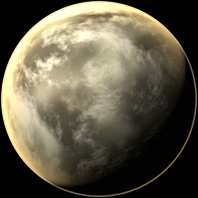 A world that hosted a bustling trade and political node, Corona Gema was the heart of the galaxy during its age of exploration. With the advent of the Sith, however, things began to change drastically. Within two years of the war's beginning, Corona Gema was blockaded. The Sith were not waiting for a surrender, however. With the full power of their fleet, they bombed every corner of the entire planet, leaving nothing but smoldering ruin in its place.

Retrieved from "https://starwarsrping.fandom.com/wiki/Corona_Gema?oldid=5777"
Community content is available under CC-BY-SA unless otherwise noted.